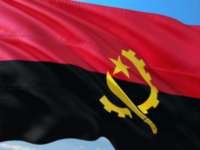 Among the successful bidders were the Italian oil major Eni and the French Total who won operatorship in the Block 28 and in the Block 29 respectively, both located in the Namibe basin.
Eni won a 60% stake in Block 28, with Sonagol winning a 20% interest in this same block, while the remaining 20% is still available.
Total took a 46% stake in Block 29, with Equinor winning a 24.5%, Sonagol a 20% and BP a 9.5%. This block was fully awarded.
No stakes were awarded in the Benguela basin.